Disruption in the Suez Canal 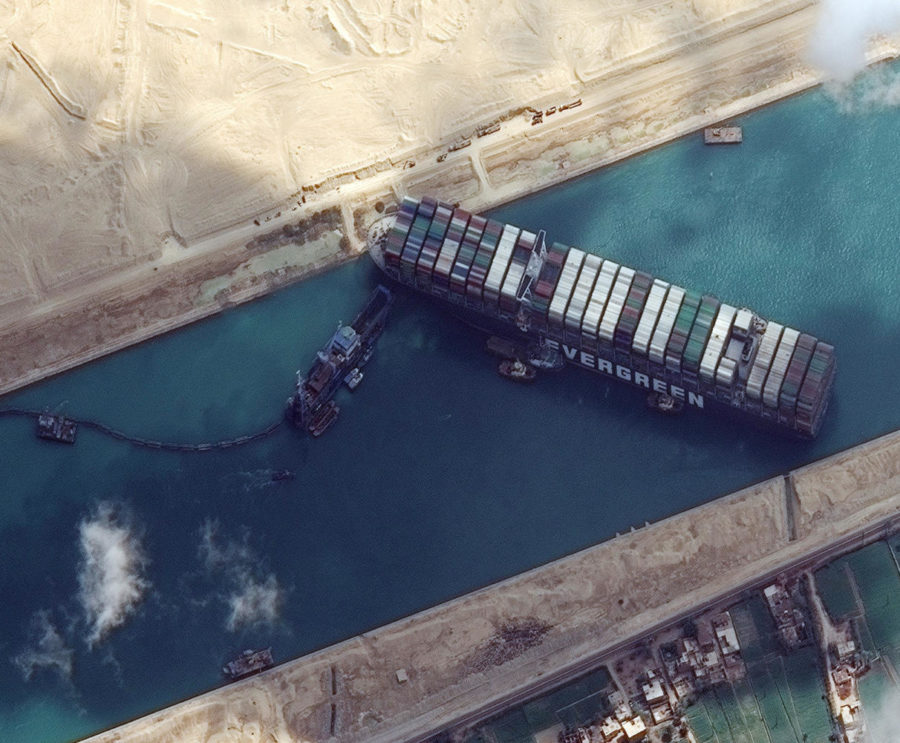 Ever Given container ship is pictured in Suez Canal in this Maxar Technologies satellite image taken on March 26, 2021. Maxar Technologies/Handout via REUTERS ATTENTION EDITORS - THIS IMAGE HAS BEEN SUPPLIED BY A THIRD PARTY. MANDATORY CREDIT. NO RESALES. NO ARCHIVES. DO NOT OBSCURE LOGO.â€(R)

The highly important Suez Canal was blocked for six days this month by a sizeable container ship but was finally cleared Monday. Global supply delays followed quickly after the ship was lodged diagonally in the canal, preventing any other shipments to pass through. The location, necessary for over 12% of the world’s trade, is the shortest sea link between Asia and Europe.

The “Ever Given” ship delayed over $9 billion worth of trade in less than a week, meaning the blockage’s impact will be felt for some time. Over 400 vessels carrying some the world’s most high-end imports were left end-to-end in the canal before a team of professionals finally dislodged the ship on Monday. Items ranged from food to crude oil, and some food shortage may be indicative of the event.

Chargers are unlikely to have experienced any major delay in shipments. The United States has only taken a small hit of economic damage from the canal’s blockage, and most of which came on the East coast. The bulk of shortages came from Europe and Asia, as their close proximity to the Suez proved to be a factor. According to trade experts, the ripple effect on this six-day blockage could be apparent through the next few years, a surprising statistic for those unaffected.

Economies will fully recover, however, and according to professor of marine transport John Mangan, “Suez is going to be around for a long time.”